About the Mercersburg Historical Society

The Society has regularly scheduled lectures or other programs on the third Thursday of January, February, March, April, May, September, October, and November. The only exception to this pattern occurs with the variable date of Easter. The Society meets on the first Thursdays in June and December. Advertisements for each meeting are printed in The Merchant in two successive weeks before the meeting. Regular posts and announcements are also located on our Facebook page Mercersburg Historical Society@mercersburghistoricalsociety.  Everyone is cordially invited to attend these meetings for which there is no charge except for the annual Society dinner held each year in April for which there is a charge.

The Society several times a year publishes and sends to all members and interested people a newsletter that always contains both an article, almost always written by a local person, of historical interest to people living in the larger Mercersburg area and information pertinent to the Society.

In 2000 with a second printing in 2001 the Society published the Tuscarora Reader, a book of local area history with articles written by ninety- six local residents. The Reader published with the goal of bringing history to school children and with five hundred copies given to the Tuscarora School District to be used in grade four has found a large audience among adults. It includes articles about life in the area before the settlers, the colonial period, trade and transportation in the nineteenth century, material culture, people of note in the nineteenth and early twentieth centuries, the Civil War era, early public education, higher and private education in the area, early industries, significant events of the twentieth century, and leisure activities. Copies of these books are available at the price of $25 at the Fendrick Library in Mercersburg or by calling 717-328-2248. 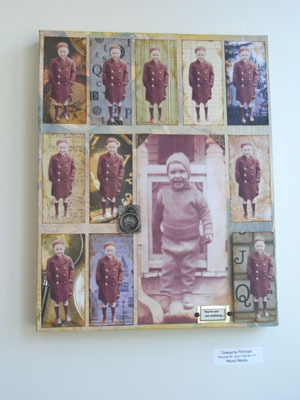 Each year at the beginning of September the Society holds the Nancy Horton Heefner Memorial Art Show in honor of the late Mrs. Heefner, local artist, art teacher, vice-president of the Society, and one of the editors of the Tuscarora Reader.  This year's show is postponed until 2021.  This non-juried art show, held in the Burgin Center for the Arts of the Mercersburg Academy in Mercersburg, Pennsylvania, is open to residents of Franklin and Fulton Counties in Pennsylvania and Washington County in Maryland. To receive an entry form please call 717-328-2248 or consult the Society’s website.


Items the Society Has Placed on Loan 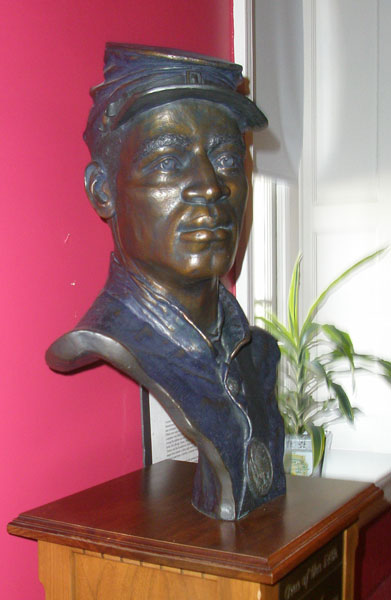 The Society has on loan to the Fendrick Library a bronze bust, One of the 54th, by the sculptor, Don Huntsman, of Aspen, Colorado. In 2002 the Society purchased this bust with its walnut pedestal in memory of Nancy Horton Heefner. It is appropriate that this bust be in Mercersburg as thirteen veterans of the Massachusetts 54th are interred in the local Zion Union Cemetery.

The Society has on loan to the Fendrick Library of Mercersburg an 1853 map, which it recently had restored, of Mercersburg and the surrounding area. This map, a gift to the Society by one of its members, indicates land and plot owners and a list of subscribers to the map with their occupations.

Mercersburg Historical Society is a 501 C3 not-for-profit organization so that all gifts are tax-deductible to the extent allowable by law.