In 1915 the Woman’s Club of Mercersburg, now the Women’s Club, determined to have constructed and to place near their homes historical markers noting the lives of people who were prominent in United States history.   It was the wish of the Club to have the markers manufactured to resemble those on the Gettysburg Battlefield.  With the cooperation of the superintendent of the Chambersburg Engineering Company, H. E. Derbyshire, and the skills of the foreman, W. E. Freet, the Club commissioned and largely paid for the manufacture of four iron markers.   After the  members of the Club had written the scripts and submitted them to the Chambersburg Engineering Company,  Mr. Freet directed their inscription upon the iron plates. 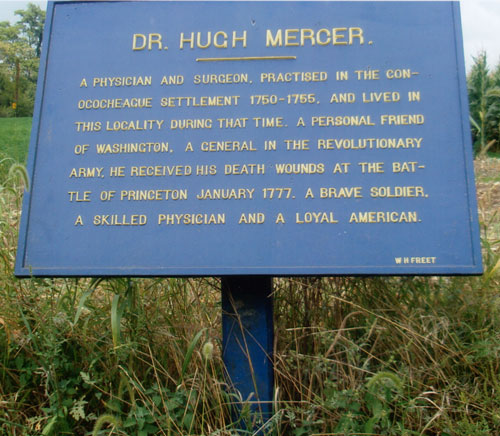 The first person to be honored in 1915 was General Hugh Mercer who had had a surgery and veterinary practice east of Mercersburg from the late 1740s until 1756 when he left to serve in the French and Indian War.  This marker, “an iron plate similar to the markers on the Gettysburg Battlefield,” which cost $41.00 and was paid for from profits from the sale of Old Mercersburg, a book of local history which  the Club published in 1912, stands on route 16 three and one-half miles east of Mercersburg.  After the initial success of this marker the Club gave the marker committee the authority “to erect, in the future, any other markers to noted people who lived in this vicinity.” 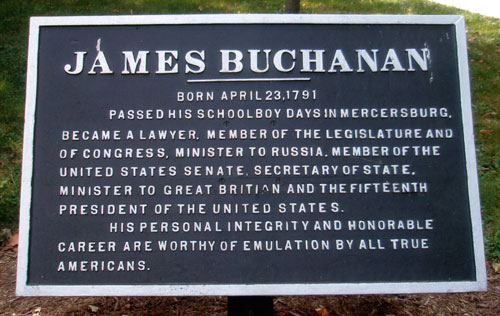 By October of that year the Club had installed two additional markers. One that originally stood at the entrance to James Buchanan State Park but now stands beside the Buchanan cabin on the campus of the Mercersburg Academy in Mercersburg commemorates James Buchanan, the fifteenth President. 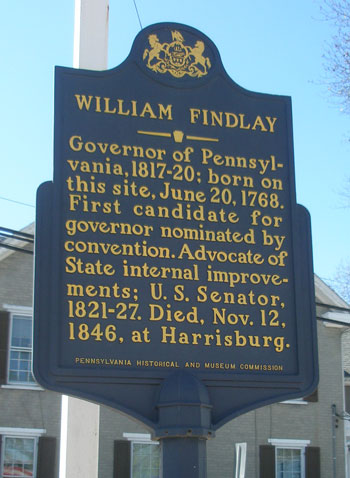 The other paid for by a descendant, William Findlay Brown of Philadelphia, in memory of Governor William Findlay, who served as governor of Pennsylvania from 1817 until 1820, was installed at the corner of North Main and Oregon Streets in Mercersburg. 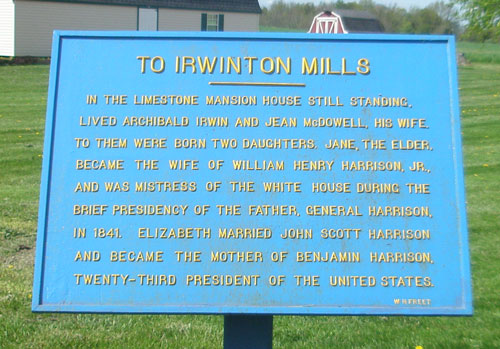