03 - Men from the Mercersburg Area Serving in the Union Armies 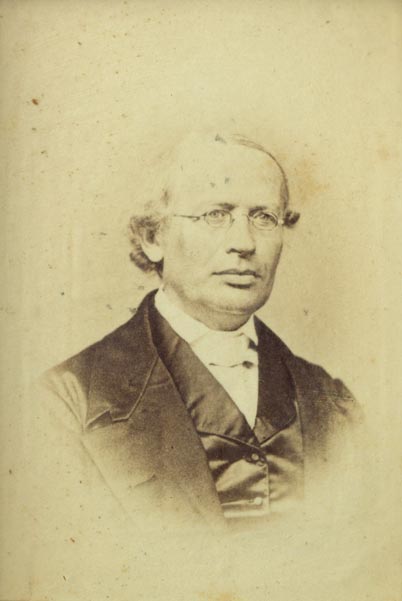 Men and boys from the Mercersburg area, like those in many other communities throughout both the Confederacy and the Union in the service of their countries, went to and saw action in many places of which they had never before heard. Not long after President Lincoln’s first call for troops in April 1861 Andrew McAllister was the first man in town to enlist and rendered a long service to his country.  Others soon followed in his footsteps so that from the time of McAllister’s enlistment until the formation of Co. C of the 126th Regiment of the Pennsylvania Volunteer Infantry in August 1862 about two hundred men from the Mercersburg area had gone off to serve in the war.

Co. C of the 126th Regiment of the Pennsylvania Volunteer Infantry was formed in August 1862 after President Lincoln had called for more recruits.  At this time communities throughout the state were forming companies of men who enlisted for service of nine months and then were taken to Camp Curtin at Harrisburg for training.  In Franklin County eight companies were formed with Co. C being the company of Mercersburg area recruits.  To raise this company of Mercersburg area men, local ministers, aided by martial music, held mass meetings on the Diamond at which they encouraged the young men to enlist and succeeded in raising more than the ninety-seven men required.  The men who enlisted chose Robert Smith Brownson, a local physician whom his men would learn to respect highly for his care of them, as their captain and Samuel Hornbaker as their first lieutenant.

On August 6 in the evening the recruits assembled in the Diamond at a mass patriotic meeting.  They received a company flag, a silk flag with Mercersburg in gold letters, purchased for fifty dollars by the local citizens, and listened to speeches and a prayer.  Dr. Thomas Creigh, minister of the Presbyterian Church, whose twenty-two year old son was one of the volunteers to serve in Co. C, wrote in his diary:  “A company has been organized in this place and neighborhood numbering 126 men.”  That evening he was the officiating minister in a wedding for one of the volunteers.  The next morning, August 7, the new soldiers, according to Dr. Creigh, in “conveyances waiting for them in the Diamond” traveled to Greencastle where they boarded a train to take them to Harrisburg for their training at Camp Curtin. Subsequently, the Company was sent to Antietam but did not see action there.  However, Company C did see action at the Battles of Fredericksburg and Chancellorsville.  During their nine months’ service four men of Co. C died of disease in camp, three were killed in battle, two at Fredericksburg and one at Chancellorsville, and one was imprisoned.

Ten days after the Battle of Chancellorsville the men arrived back in Harrisburg to be mustered out and on May 20, 1863, received their discharge.  After their arrival home at a mass meeting on the Diamond on Saturday, May 23, local people welcomed them enthusiastically with prayer by the Reverend John Buckley, minister of the Methodist Church, and an address by Dr. Creigh, who wrote:  “Great excitement this evening on the return of our company from their nine months service. An immense concourse of people to receive them.  Religious services on the Diamond.  The choirs of the different churches met together on Col. Murphy’s porch and sang an introductory and closing piece….Most solemn and impressive service.” Later some of these men enlisted in other regiments. 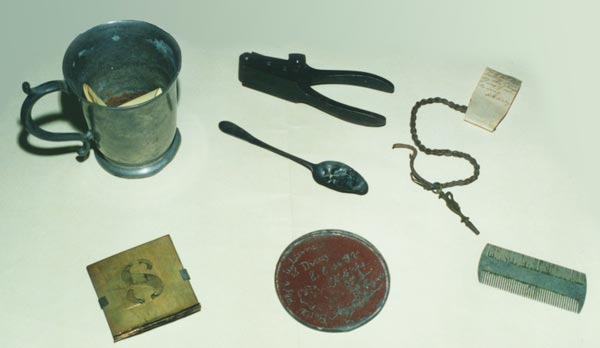 They, however, were not the only local area men to serve in the Union armies.  In 1863 the 54th Regiment of the Massachusetts Volunteer Infantry, a regiment of African American soldiers, was formed in Boston under the leadership of Robert Gould Shaw, son of a prominent anti-slavery family in Boston.  In April of that year when a recruiter visited Franklin County, men from the Mercersburg area joined.  The recruiting officer promised each man a sum of fifty dollars and pay of thirteen dollars a month for himself and eight dollars a month for his family.  In Pennsylvania Mercersburg was second only to Philadelphia in the number of volunteers for this regiment.  The 55th Regiment was formed when more men than had been initially sought enlisted.   From the Mercersburg area forty-four men served in the Massachusetts 54th, and fifteen served in the Massachusetts 55th.   After the recruits had been taken to Boston for training, they boarded steamships and were taken to the islands off the coast of South Carolina and had encampments off Hilton Head.  In July 1863 the men in both regiments, the 54th and the 55th, including many from the Mercersburg area, saw action in the siege of Charleston, South Carolina.  In the attack upon Fort Wagner on Morris Island the 54th Massachusetts led the charge.  In that battle, for which the men have been highly lauded, the regiment lost twenty-five per- cent of its members, including their leader from the outset, Colonel  Robert Gould Shaw.  These regiments also were stationed in eastern Georgia, and in 1864 both the Massachusetts 54th and 55th saw action at the Battle of Olustee in Florida.  In addition, forty-four other African American men from this local area served in other regiments.  The bodies of thirteen of the local men who served in the Massachusetts 54th and 55th in addition to those of twenty-five other African American veterans of the Civil War are interred in Zion Union Cemetery on Bennett Avenue in Mercersburg.  Two other veterans are buried in the Stoner Cemetery near what was Little Africa, and two others are interred in the African American cemetery off North Park Street beside the town’s first African American church that no longer stands.

In a special ceremony in Zion Union Cemetery on November 7, 2009, a Pennsylvania Historical Museum Commission marker was dedicated to the memory of these brave citizens.