Mercersburg, like other communities nationwide, experienced both anti-slavery and pro-slavery tensions in the years preceding the Civil War.  On July, 27, 1837, a twenty-six year old worker in the American Anti-Slavery Society, Jonathan Blanchard, came to town.  An enthusiastic worker  for abolition, this young Vermont native was stationed in Harrisburg and in the preceding April had spoken on the steps of the courthouse in Chambersburg.  Since on that occasion a mob had chased him across the Diamond to seek refuge in a tavern, his reputation had preceded him to Mercersburg. 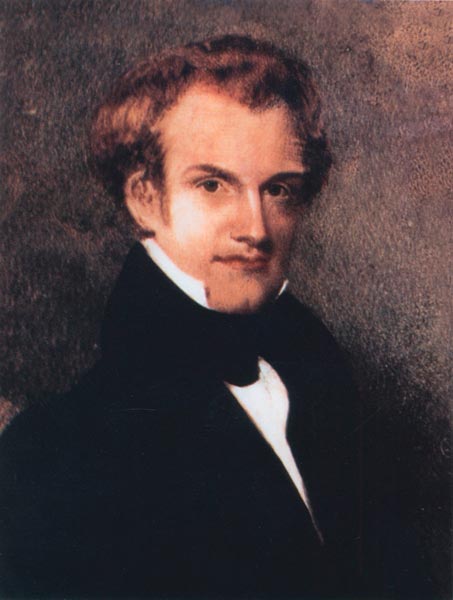 Therefore, upon his arrival in town he was not permitted to stay in Colonel Murphy’s Hotel nor was he permitted to speak in any local lecture hall.  He did find a place to stay in a boardinghouse run by Daniel Kroh, a student at Marshall College, and his sisters.  While he was staying there, he expressed his anti-slavery views.  The next evening Blanchard, Kroh, and others went to the Methodist Church to hear the new preacher at that church speak.  On their way out of the service Blanchard, anticipating trouble, said to the others that he could take care of himself, that he could find his way back to Kroh’s house, and that they should stay away from him.  When Blanchard walked out of the church, a mob, principally of Marshall College students,  met him with a barrage of stones and eggs.  He found safety in a  neighboring boardinghouse, which a Marshall College student defended against the mob of his fellow students. Later that evening, after a veteran of the War of 1812 had gathered some arms and prepared to defend the men, Kroh escorted Blanchard back to his own house. Kroh later stated that after  Blanchard had been made presentable, “he delivered to us a family lecture on his favorite topic.”  The next morning men sympathetic to him had “one of the students, a stout young man,” accompany him out of town on the road to Greencastle “in a private conveyance.” About his departure Blanchard later wrote:  “As I came out of town,…the Southern students had stationed themselves on the roadside,” but he noted that “…they confined themselves to throwing a few stones and uttering a few oaths.”

Controversy followed.  Elliott T. Lane, a local merchant, a trustee of Marshall College, and brother-in-law of James Buchanan who would be elected to the Presidency in 1856, alleged in a hearing  before the faculty of Marshall College that Kroh had disturbed the peace by having Blanchard in his house, that Kroh had permitted him to lecture, and that Kroh had carried a concealed weapon.  The question before the faculty was “whether Mr. Kroh had invited any of the students to be present at his house and whether he had deceived them in his representation that there had only been a family conversation with Mr. Blanchard.”  After much deliberation the faculty reprimanded Kroh for withholding “ a part of the facts by which they could judge whether Mr. Blanchard had lectured at his house or not,….”  The faculty did, however, expel at least one student for his part in the rioting. 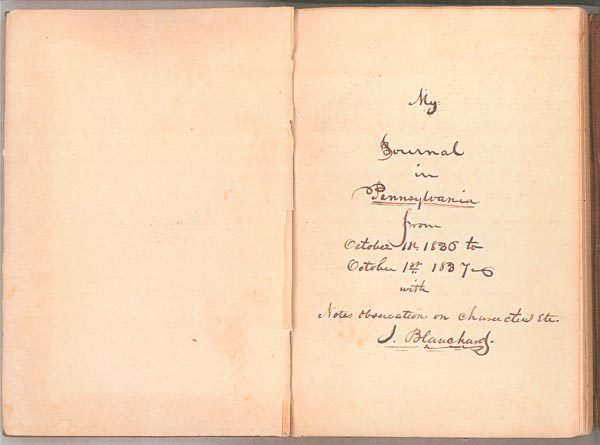 The controversy was played out in the newspapers.  Blanchard, who had written in his diary, “Came to this place July 27. Violent mob - suffered much in my person and my clothes,” wrote a long letter to the Emancipator, an abolitionist newspaper published by the American Anti-Slavery Society, in which he recounted the events of his stay in Mercersburg and in which he expressed his gratitude to those who had defended him.  As this controversy continued, those supporting Blanchard and anti-slavery work called their opponents “mobacrats,” and those opposing abolition called their opponents “amalgamators.”  After some of the local highly respected citizens had written a long letter to the Whig, a Chambersburg newspaper, in which they denounced the rioting, one of their opponents responded as “no amalgamator.”

Blanchard, who became a minister, fought all of his life for the principles in which he believed.  After the abolition of slavery he was active in the anti-Masonic movement.  He became president of Knox College in Galesburg, Illinois, and then became the first president of Wheaton College in Wheaton, Illinois.   Forty years after his experience in Mercersburg   Blanchard, traveling in Illinois, met the former Marshall College student, now a minister, who had spirited him out of Mercersburg and onto the road to Greencastle in 1837.